Knowing well that leaving tomorrow means leaving somebody behind for another seven months, much likely having nothing but phone conversations and letters to breach the distance, kind of really freaks me out right now. Somehow, I am the anti-nomad, entirely unaccustomed to this new, flexible, uprooted life happening around me - with cheap transportation and an Europe without borders (at least for those born with the right citizenship...).
These are two pretty amazing museums everybody going to Oslo should see:

The Kon-Tiki museum, featuring the two original "ships" used to prove that ancient cultures were able to move further than previously known. 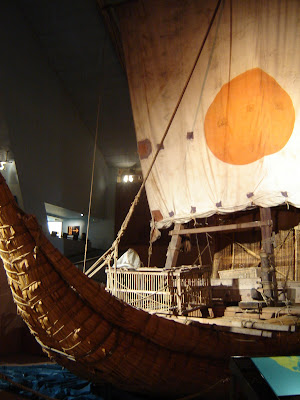 And the amazing, but very cold Frammuseet that has the entire ship of Roald Amundsen's South Pole expedition (the one he won against British explorer Robert Falcon Scott, who froze to death with his team) on display. You can actually walk onto the deck and inside the ship. It's pretty cool but naturally I didn't get the whole thing on one photo. 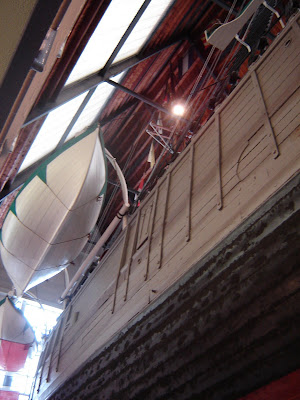