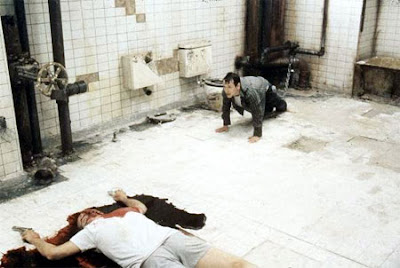 I'm not sure if I want to recommend the series though - I was interested in the morals or constructed ideology of it, and the movies are painful to watch - but totally worth discussing.