When Night Is Falling 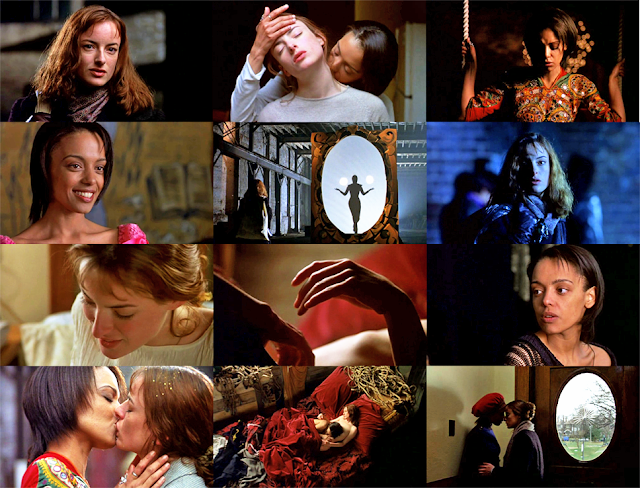 I can't stay and you can't leave.

When Night Is Falling is a love story. It is perhaps the ultimate love story, since it concerns itself with a woman so stuck in a particular environment that the mere appearance of somebody so absolutely different from what she is used to changes her perception of her environment, of her relationships, of her identity. Camille (Pascale Bussières) is a teacher in a Catholic college and involved with a professor on the career track - and then Petra (Rachael Crawford) bursts into her life, so consumed by the way Camille expresses her grief over losing her dog to a stranger in a Laundromat that she feels compelled to switch their laundry to ensure a second encounter. Camille is equally fascinated by the circus artist seemingly so unconstrained by conventions - and ultimately, desire and curiosity wins over keeping up the traditional life, the seemingly inevitable marriage to her boyfriend. Petra points out to her that everything, regardless of how new or exciting it is, becomes boring sooner or later - but Camille resists that notion, insisting that they can make a life for themselves.
When Night Is Falling is ultimately about freedom: The dangers involved in demanding that freedom, in choosing the more complicated option, in defying the path that has been laid out for you. Camille is forced to confront all the rules that have guided her life so far. She has to question the moral dogmas of her church, the relationship with Martin, her boyfriend, the ideas that have guided her life. Petra has to commit, which is as much a challenge as Camille's change of heart is.
Patricia Rozema's directing is just stunning. The cinematography is occasionally reminiscent of Ingmar Bergman (one scene in particular cites Persona) - and the visuals of When Night Is Falling are unusual (especially of the circus!), drawing the viewer into a different world. That one line from Mirror/Mask - about the main character wanting to run away from the circus to join real life - is turned on its head in this movie. Running away to join the circus is about finally finding real life.
1995, directed by Patricia Rozema, starring Pascale Bussières, Rachael Crawford, Henry Czerny, David Fox, Don McKellar, Tracy Wright.
at 21:43