Spoiler-cut and a friendly shout-out to the good people of e4! I am from the Internet, IT COUNTS AS A PLACE. 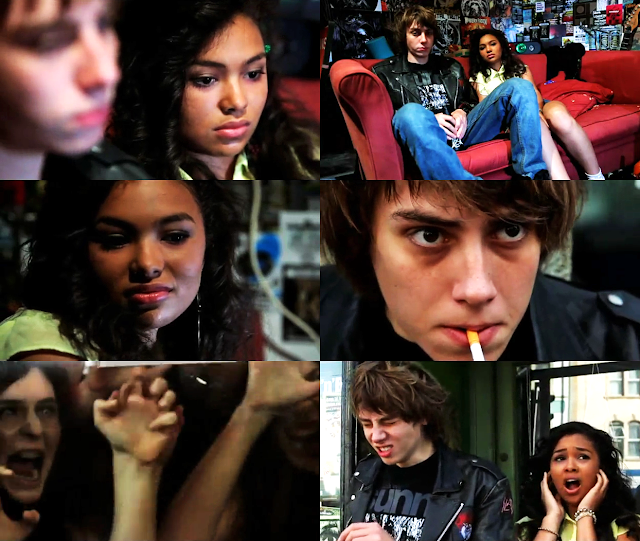 This is about as far removed from what I want to be doing as humanly possible.

Can't find a link to the video so here's the gist of it: In preparation for their trip to Morocco and because nothing has ever gone wrong when people tried to smuggle drugs across continents, Nick and Rider set out to score some from their friendly neighbourhood dealer. Since Mad Twatter presumably went diving in the Bristol harbour after destroying Jal's clarinet, we haven't actually seen the guy yet, but he is more on the hapless rather than psychopathic side of things. While Rider snorts some ominous birthday powder in the car, Nick tries to smoke the dealer under the table, which eventually succeeds, except that Nick has to awkwardly try and retrieve the booty from the guy's pockets while he's passed out which Rider (guided by a weird toy thingy from the car window that is talking to him due to drugs) naturally construes as giving a blow job to the dealer. They escape.
Substance: none. I mean, fun, yeah, but nothing really important was revealed about the characters, except that Nick seems a bit aimless (and constantly high - nothing has changed since the finale) now that he is no longer captain of the rugby team and is still hanging out with Rider, who is well-played but extremely irritating. Makes me wonder if he will continue to be the comic relief character throughout the series or if anything serious will come out of it (perhaps of his endless homophobic jokes?).
Episode 01: Alo, Mini, Liv 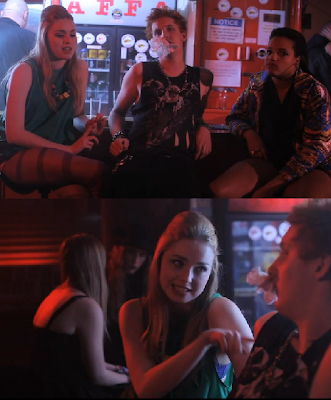 Email ThisBlogThis!Share to TwitterShare to FacebookShare to Pinterest
Labels: Skins