Station Eleven – Would you die for a stranger? 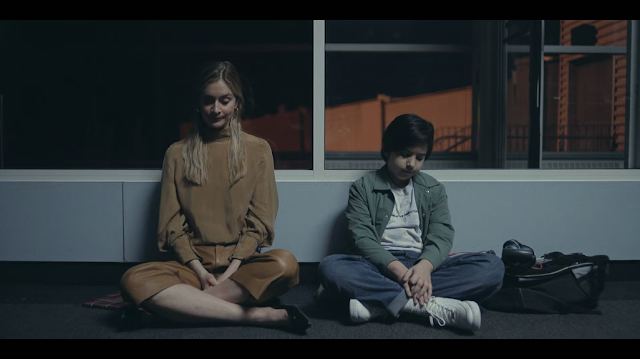 In many ways, The Severn City Airport is constructed like a very subtle horror film. It elegantly establishes an atmosphere that is eerie and unsettling, that builds an expectation of some kind of explosion of violence, which is never quite resolved at the end. There are two sources of that unsettling feeling: The situation itself, the absurdity and weirdness of a small, out-of-the-way airport during the apocalypse, and the character of Arthur Leander’s son, Tyler, who is stuck there with his mother Elizabeth and Arthur’s friend Clark, who hasn’t been close to either of them.

Tyler is a strange child, and because this episode functions like a horror film, the strange child causes a sense of disconcertment, of unease, eventually, of fear. In the beginning it seems as if he is just the product of a messy celebrity divorce, of a man who never bothered or found the energy to really look after the people he left behind. Then, after a while, it becomes obvious that Tyler has something more profound going on, that will feed off the situation and the ideology of Station Eleven to fully emerge as – spoilers – the man that Kirsten immediately knew was fundamentally wrong when she first met him.

But back to the beginning: on the day that the apocalypse reaches the United States, Clark (David Wilmot) is boarding a plane to Chicago to sort out his friend’s will. Throughout the episode, it is obvious how ambivalent his relationship with Arthur was, how much he loved him in spite of their rivalry, in spite of the fact that Clark is no longer an actor (he’s a consultant now – the furthest from art possible), and his sense that Arthur was never very good to the people he purported to love, while being easily loved by everyone he ever met. On the plane, he spots Elizabeth (Caitlin FitzGerald) and Tyler (Julian Obradors) in first class, but when he tries to talk to them, the rift between them is obvious, the fact that Elizabeth blames him for keeping Arthur’s indiscretions secret from her. Arthur has done to her what he did with her to Miranda – betrayed her – and Tyler, a row behind her, has disappeared into his headphones and handheld device, which Elizabeth confuses for not being aware of his surroundings. It later becomes obvious how very aware Tyler is, that he is, in fact, a few steps ahead of everyone when it comes to assessing the situation they are in. 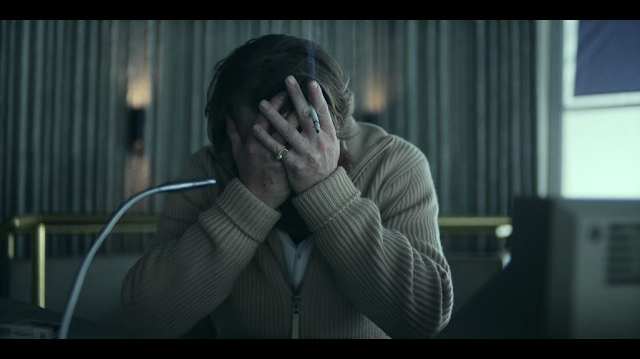 That situation, after a few hours, turns out to be being stuck in an airport during the apocalypse: safe, because none of the passengers are infected, but also trapped, because the outside world is no longer a place that is survivable. Everyone batters down, sleeping rough – Clark begins drinking, and doesn’t stop for a good few days. While Elizabeth refuses to accept the reality of the situation, which is that her celebrity no longer buys her special treatment, new power dynamics emerge, including a janitor pretending to be a Homeland security agent taking off with many of the women with the only remaining pilot, a situation that may look like a catastrophe from the outside, but that is turned into an opportunity by Clark. He reveals the man to be an impostor, and his decision to leave as a blessing, as this means more resources for the remaining people, and a strengthened sense of togetherness and community – and he goes further than that, proposing that he, Elizabeth, Miles (a former security officer) and Tyler form a triumvirate (but with four) of leadership for the remaining people in this place of plenty that provides food, shelter and safety.

Tyler immediately questions their need for leadership, and the rift that will determine the future of this whole world emerges. Clark wants to get back to past greatness, wants to steer these remains of humanity to a “repopulation” of Earth. Hence, more than 100 days later, the emergence of the Museum of Civilization (because that’s what this little airport will turn into): as a reminder of humanity’s past greatness, achievements that it should return to. Before the end of the Internet, Clark has Tyler download Wikipedia, to preserve both useful knowledge and the great artistic achievements (Shakespeare, of course). But we already know where this is headed: even before Tyler is given his own copy of Station Eleven by his mother, he is voicing that maybe humanity shouldn’t repopulate. Looking at the last article he downloaded from Wikipedia (it’s capitalism, of course), he suggests just deleting it, but his mother says that humanity will just invent it again – except maybe, with the kind of radical and absolute change that Tyler comes to desire, humanity will have no connection to the past anymore. 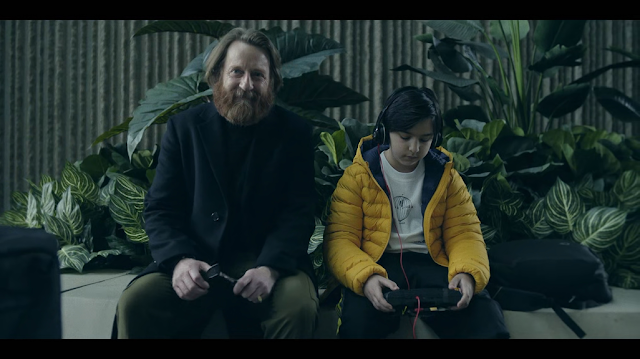 It’s a coincidence that leads to a sharpening in Tyler’s ideology. An airplane that landed after the airport locked down, an airplane that everyone inside assumed was filled with corpses (early on, Clark is asked if he would die for a stranger, and he responds that he probably wouldn’t – the downside of that is watching all those people die in the far distance, offering them no help), discards one single passenger. Tyler knows that this means that the man is immune from the disease, and he leads him inside, where Miles shoots him because everybody panics about transmission. The people demand that Tyler be shot as well, or at least sent to quarantine, where he and Elizabeth end up for a month. In that month, Tyler reads Station Eleven, and becomes unreachable to his mother. In that month, he becomes something that scares Clark enough that he, thinking himself unobserved, should be sent out into the wilderness.

Clark: He’s like you in a way. Bold, indifferent to authority, singular. But he’s a destroyer.

Maybe Tyler overhears, maybe he doesn’t, but he is observant enough that he knows he has to leave. He sets the plague plane on fire, making everyone believes he’s on it, and while Elizabeth wails that final loss, after months of thinking that maybe this is a chance to reconnect while realising it is only making the distance between Tyler and her more obvious, Tyler takes off into the dark. 20 years later, he will tell Kirsten that she will lose Alex first, and then all of her friends, one by one, until nothing is left.

It is funny to watch this and see the janitor pull a Roxanne (with less dire consequences than on Y: The Last Man, and with greater comedic effect).

The scene in which Elizabeth gives Tyler Miranda’s Station Eleven is heartbreaking: knowing the destruction Arthur has caused, she lies about having burned letters from him out of selfishness, but she knows her son recognises lies, she knows that Tyler knows that his dad never bothered to write a single letter to him.

Another heart-wrenching moment: when Clark finally has reception again at the airport after a few days and listens to messages from his dying partner. He allows himself to grieve for a while, and then something new begins with Miles.