The Handmaid’s Tale – We mattered. 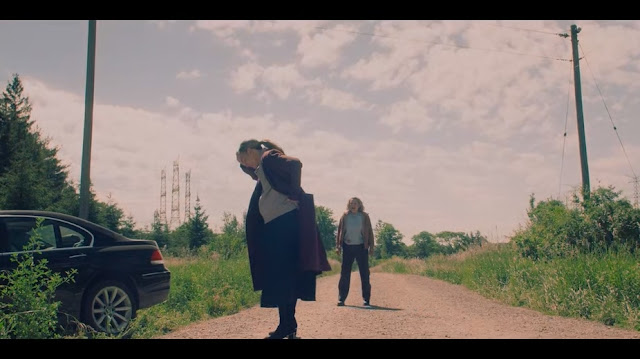 There is no home, Serena. There is just wherever you are.

I spent most of this episode completely unsure about where June would end up, what decision she would make. She has spent the last few weeks or months since killing Fred plotting revenge against Serena, imagining how she could make her suffer. She has come close to shooting her more than once. She almost lost the ability to be with Nichole because she found it impossible to coexist with the woman who has caused her so much trauma. And yet here they both are – at the literal crossroads – and somehow, it ends up being chaotically comedic, almost. Serena is panicking because she can’t go back to Gilead or to Canada, knowing she won’t be free in either of those places. She has a getaway car, a driver, a gun, but no real way of escape still, and the baby is coming. 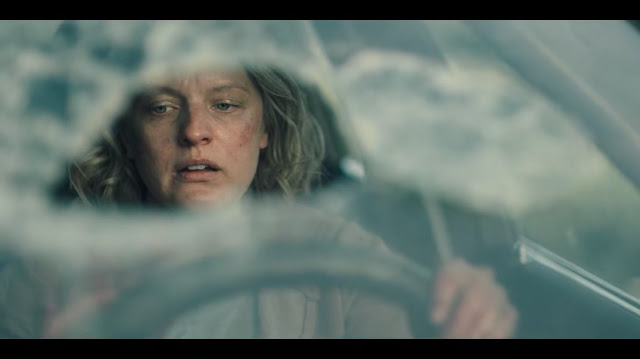 They end up in a ditch, with a barn in the distance. Is if of course an ironic moment they both acknowledge, considering that Serena has helped built a whole country based on a twisted version of the bible. Maybe there will be a manger. The birthing scene is like a flipped version of another birth that June remembers, one she was taken to as a Handmaid (the women that have died for her or because of her make a short return – you’d imagine the moment would be painful for her to remember for many reasons). She witnessed a Handmaid giving birth to a baby, in the same obscene way that we’ve seen before, the ritual of the wife fake giving birth alongside her. But something goes wrong, and of course, it's the Handmaid’s life that gets sacrificed for the sake of the baby, leaving the other Handmaids to grieve for her while the wives assemble around the stolen baby. It’s a horrible reminder for all of them what’s in store, and a reminder of who little their lives are worth. Janine is right there, very pregnant, cradling her bump.

It's up to June to decide Serena’s fate here. She knows that if she leaves, Serena and her baby will likely die. There is no way she can give birth by herself, like June did. There is no way for either of them to escape even if she does. Babies are an actual currency in Gilead – a currency of power – but the instinct to protect is deeply ingrained in June, after all the loss she has suffered, and the birth of a child must be a miracle even more so in a world where it is so rare, where loss is ever-present. She can’t bring herself to leave, and instead goes back to help Serena. Serena looks at her like she’s deliverance. 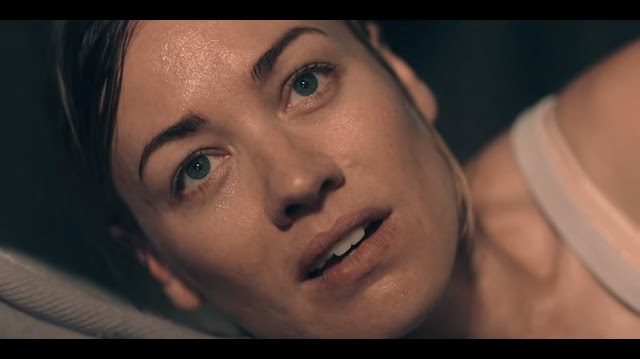 And then of course the scenes that unfold are incredibly intimate. It’s two women in a barn working together to safely birth a child, with no support. They breathe together. June coaches Serena through it, gently, relying on her own experience of having given birth twice, once in even more dire circumstances than these. Noah is born healthy – but where do they go from here?

I thought June would take the baby and run. I thought she would take her revenge straight away, make Serena suffer in almost precisely the same way she has suffered, twice. It’s hard to see how she doesn’t considering all that’s happened. Instead it’s almost as if they’re both transformed by the experience, Serena scrambling to plot a way to save her child, June instinctually wanting to protect Noah in whatever way she can. They talk about Serena’s fears that Noah will turn out like Fred, and June tells her that it will depend on who raises him, what they teach him he can take from others. Serena asks why June didn’t kill her, after killing Fred, and June says she stopped feeling like she wanted to. Then Serena tells June to take Noah, to raise him like his namesake, for Luke to raise him because he is a good man and will be a good father. June realises, then, as all those flashbacks come together, that Serena and all of Gilead have always considered Handmaids as nothing but a vessel, with no wants or needs of their own, and she realises that she can’t make her own mind twist like that.

June: And that’s why I’m gonna save yours, Serena. Because this isn’t Gilead. And I’m not you.

Serena: I don’t deserve to be saved.

June decides that we will not perpetuate the trauma of Gilead. She takes Serena to a Canadian hospital, where she is promptly separated from Noah – he is taken to NICU, she goes on a course of antibiotics to protect her from sepsis (all the while mumbling about how unnatural and medical this all is – he is being given formula! – a pretty effective insight into the kind of conspiracy theories and the ideology that has gone into the founding of Gilead).

June calls home, and must hear, from Moira, that Luke is save, that he was returned to the border by Wheeler’s agent. And then Luke is there, and it is a moment of complete happiness, as if doing the right thing has bought her back this impossible and unlikely union. Luke asks what happens, and then we see it – the inevitable end to this. The more June talks about Noah, and doesn’t even once mention her hatred of Serena, the less Luke recognises her. Luke has not gone through the transformative experience that has finally resolved June of the burden of revenge. To him, Serena is to blame for everything bad that has happened, for the loss of Hannah, for the suffering of his wife. He’s brought immigration agents with him, who walk into Serena’s hospital room and cuff her to her bed. She asks about Noah, and they tell her there’s no infant care in immigration detention, that child protective services are already there to take him.

It is perhaps one of the most eloquent moments in The Handmaid’s Tale, because this doesn’t happen in Gilead, and it doesn’t really happen in some future dystopia, either – it’s a reflection of the present moment. Gilead have built pseudo-religious rituals to justify the removal of children from their mothers, but the cruelty of the immigration system has outlined what to do for years. Serena is an illegal immigrant, she has no papers, she has no rights. Luke says that she is finally experiencing what she’s made others go through, but I think to June’s eyes the moment connects right back to her memories of Gilead – it’s an insight into how deeply ingrained this kind of violence has always been, way before it came for privileged women like her. 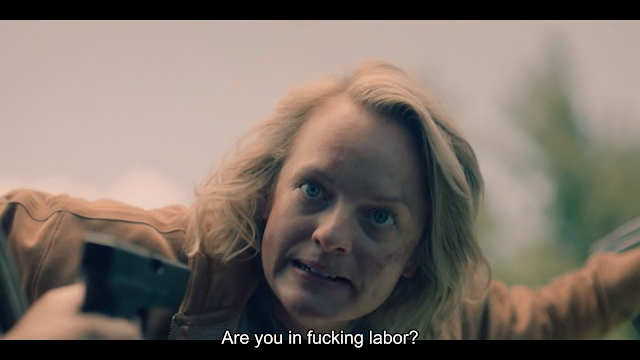 I think maybe when Serena recounted how her own experience at the Wheelers mirrored that of Handmaids, someone might have called her out for the significant amount of comfort she was still afforded.

It is very interesting how Serena brings up all of these biblical metaphors (for example, calling June an angel), and in the end June does too. The show has sometimes mentioned that June is religious (just in a very different way than Serena), and it's good to see that this is still consistent in the fifth season.

So many of the show's best scenes have been between Elisabeth Moss and Yvonne Stahovski, but this episode is truly a standout for them.