The Handmaid’s Tale – You shouldn’t be here. 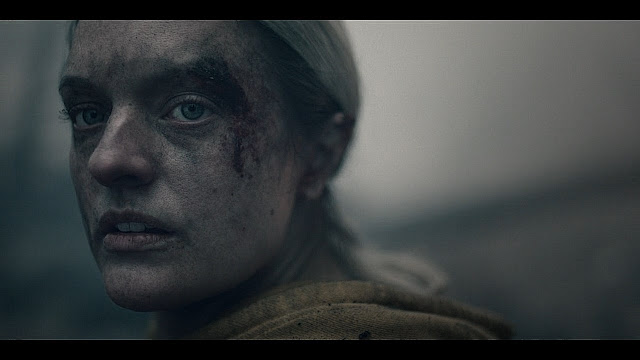 What an episode. It switches between when June moved out of her shared apartment with Moira and everything that happens after Moira, with Oona’s NGO, stumbles across June in Chicago after the bombing.

June is shellshocked, doesn’t recognise Moira because it seems so absurd that Moira would be there, is desperate to find Janine in the rubble. Moira is desperate to get June out of there, to get help for her, to convince her to leave everything behind so that she can finally stop worrying about the best friend that she loves. It’s what she did years before, when June left – worry, that Luke would cheat on another wife, would leave another wife behind because she could not bear children. If he would have, we’ll never know, because June did fall pregnant with Hannah and we have to take him at his word that he is a changed man. The core of this episode is Moira’s love for June, and how far she would go to ensure her safety. 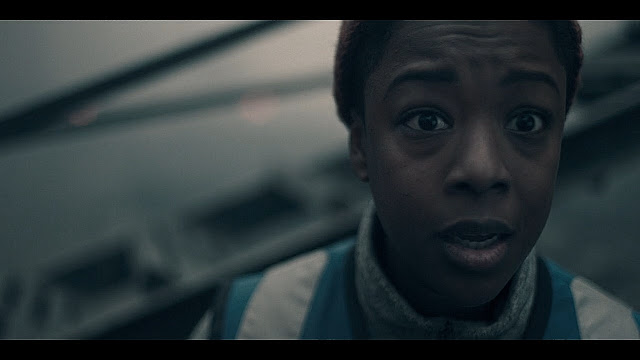 Which is, very, very far. Far enough to put her girlfriend’s entire operation at risk, an operation that doesn’t allow for refugees to be smuggles across the border. Oona insists that the greater good is leaving June behind, because if she comes with them, it will mean an end to any humanitarian operation in Gilead. It’s the first time that this show, instead of focusing on what Canada is doing right, shows us the downside of abiding by the rules of engagement with a fascist state. People behind a fence, desperate to cross, desperate to save themselves and their loved ones, denied by Oona’s parameters of operations. But the thing about Moira is that she will not stop at that. She smuggles June on the boat after convincing her she’ll be better for Hannah removed from Gilead. She doesn’t realise the danger she is putting everyone under until Oona, ignorant of their stowaway, tells her that there will be inspections, at which point Moira confesses, which puts an end to her sole post-Gilead relationship, and Oona’s NGO. Zawe Ashton in this role is outstanding, weighing the impossible options: if she takes June with her, she will lose any good the organisation does. If she surrenders June, she condemns her to death. Of course she decides to print a false ID for June, and through sheer luck, the officer who inspects is doesn’t ask too many questions.

After they cross, June begins untying a lifeboat, intending to go back to Gilead because she cannot bear to leave Hannah behind. We see a flashback of June telling Luke about their miracle, unlikely baby, a baby now lost to her. Moira convinces her she has to stay, she has to face Luke, she has to accept that she is a person, not a superhero, someone who saved all the children, but not the one child that mattered to her (which I guess in a way is ironic, since Moira has just saved the one person that mattered to her, instead of the faceless masses clashing against the fence back in Chicago). Vows is desperately honest about the moral dilemma of weighing individual people against the greater good – and in this case, June makes it to Canada, sun in her face. Where to now?

Moira here the perfect catastrophe gay, who will never, ever choose anyone or anything over June. The Vows are the unspoken ones. Luke didn’t really have to do any of the heavy lifting.

Where will this show go, with June across the border for the first time? Janine is presumably (hopefully) still alive in Gilead. Or maybe we’ll see Gilead fully from the outside now. On the other hand, it may be that the Commanders are planning an invasion, which would bring Gilead back to our protagonist.

It feels a little bit hard to believe that impenetrable Gilead would have such lax border control.