The Handmaid’s Tale - No one will love her like we do. 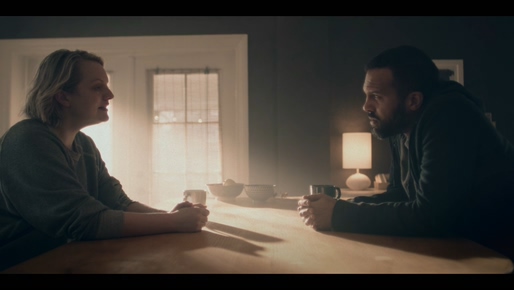 Another joyful day in Canada filled with the morally straightforward work of counterintelligence! Just kidding.

We begin where we left off in the last episode. June has told Luke about the last time she saw Hannah, how Gilead used her to blackmail her into giving up the location of the other Handmaids. It’s obvious to Luke how much danger Hannah is in, and how their goal has to be getting her across the border as well. She shows June how much work he has put into saving her, and how none of it has led anywhere, except now they have the weight of June, celebrated hero of The remaining United States of America, behind the search. June knows only one important person in Gilead that she can contact: Commander Lawrence. So Mark sets up a phone call with him (because, we will learn in this episode, the borders are literally and figuratively a lot more permeable if you’re in the upper echelons of Gilead’s society).

Commander Lawrence’s motives have been a bit of a blur ever since June successfully saved the children. Is he trying to cement his position within the council to make sure that Gilead’s course in the future is slightly more humanitarian? Is he saving his own skin, because if he loses his grasp on power he knows that the next step is death? In any case, his conversation/negotiation with June is disingenuous from the start, because he knows he has nothing to give her. His suggestion that she trade 10 or maybe 5 of the children she rescued, how are struggling to integrate into Canadian society, is nothing but a cynical comment on what he used to call her transactional nature, nothing he expects her, or even wants her, to accept. June knows she can’t, Luke knows he would love her less if she did, even if it meant his daughter’s safety. Commander Lawrence, at this stage, is a dead end, and useless to June.

But the other person she knows across the border, is the father of Nichole. June knows that Nick would readily help, and is in the position to help now that he has ascended the ranks (later, in his meeting with Fred, Warren tells him that the young upstarts are basically running the show these days, and it’s Nick he’s talking about). June doesn’t want to bring Nick into the fold for two reasons: she doesn’t want him to risk his life for her, because he still loves her, and she doesn’t want to bring him into her new life in Canada, because (a solid guess, I think) she still loves him too, and it would mess up whatever she has rekindled with Luke. Regardless, she knows that this is a good idea, and so she goes on a road trip into the cold with Nichole and a security detail. She is only there to ask him for help, but not too surprisingly, helping her is all he’s been doing since she crossed the border. He has brought along with him an entire dossier on Hannah’s life, including her home, her school, and photos assembled by people who inform for him. It’s easy to see Nick as a cynical pragmatist, and a lot more difficult to think of him as a complex person with deep feelings for June and his daughter, someone who is maybe better placed than most to help. He is also hiding a brand-new wedding ring, hinting at an entire life that we never get to see on screen. Nick told June that Hannah is too well-protected for saving, that all he can give her is these photos, and the knowledge of her life. It’s not enough. 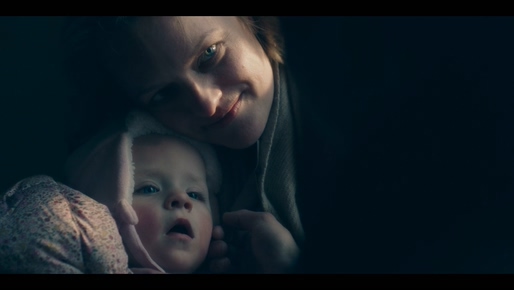 Across the border, Janine learns that Esther, the Commander’s Wife who harboured her and the other Handmaids after their escape, has been brought in to be punished. She is furious; she refuses to eat; the Aunts, whom Janine overhears because Lydia grants her freedoms others don’t, are planning to punish her more, and to forcefeed her with a feeding tube.  Janine has suffered more than anyone else, and so Lydia sends her off to speak to Esther, to share her unique insights into what cruelty Gilead has in stock for her if she refuses to behave. The grimness of the lesson is that Gilead will not kill her, it will just chip away at her humanity until nothing is left. Janine knows the price to pay is everything – sanity, the will to live – but Esther believes she can resist, until she really looks at Janine and begins to understand what is at stake here, and that Janine’s lessons are more important now than June’s. I really wish these two will get to blow shit up before the inevitable end.

And finally, there’s Fred and Serena, reunited now in their shared strategy to beat the lawsuit, and reunited with the joyful support of radicals who idolise them and send them weird baby-Commander-suits, in what is one of the most cogent observations The Handmaid’s Tale has made this season. They have an illuminating visit from Commander Warren and his wife, who I like to remember for the horrible things they did to Janine and the fact that Warren is still, somehow, alive in spite of it, and learn that they have no support from Gilead, because negotiating on behalf of hostages would make the other Commanders extremely vulnerable to what they call kidnapping, but what more widely be seen as “consequences” and “being subject to international law”. Serena learns from the Wife that they are enthusiastic to adopt her child and raise it in Gilead, considering that their bets are on Serena never making it back across the border, and in any case, probably being sent to the Colonies if she does, and Fred learns that zero effort has been made to free him, in spite of all the work he (Serena) has put into Gilead. But have these fluffy hand-knit baby jumpers and cigars instead! It changes Fred’s defence strategy, because he realises that the Gilead he so wanted to return to is not the same Gilead he left. He decides to become an informant for Mark, who is all-to-happy to have such a high-level co-operator, even if it means overlooking the fact that June has just testified to all the crimes he has committed against her. It’s a bad moment for June, who maybe still had a few illusions left about the arc of history bending towards justice, and justice working against the Waterfords, instead of politics working for them. She screams at Mark that she will kill him, but I think what she is really saying is that she will kill Fred, because there is no other justice to be had, not even in Toronto.

This is just a guess, but considering what an essential and volatile June is to Mark, would it be a good guess that that security detail would have taken note of her kissing Nick passionately? She is so smart sometimes, but sometimes, and it’s frustrating that it is mainly to serve the plot, she forgets to take others seriously enough to consider the full range of their operational options.

For a very grim and cynical second I thought that Luke might suggest exchanging Nichole for Hannah. The entire scene of Luke suggesting that June see Nick again is creepy, and weird, and terrifying. I’m not sure this season is entirely sure about where it is going with Luke, he feels like a different person in every episode.