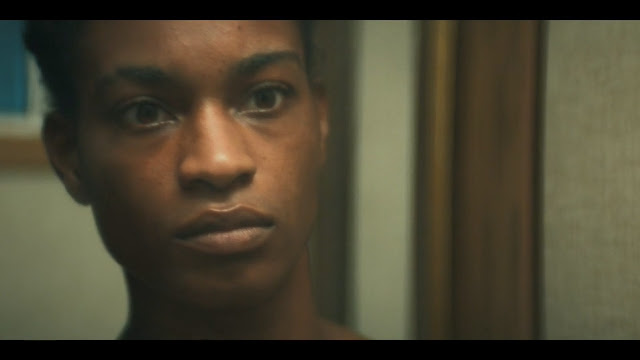 I come into this show with no knowledge of Brian K. Vaughan and Pia Guerra’s comic book. It begins after the apocalypse has already happened – with one of our main characters, Yorick Brown (Ben Schnetzler) walking through the chaotic streets of an unrecognisable New York City, in which cars have been abandoned and dead bodies are everywhere, most of them not in body bags. Whatever this apocalypse was, it’s already clear that it happened suddenly, with a bang, not a whisper, and that three weeks later, there are no signs of civilisation, at least not in this city. Yorick has with him a capuchin monkey, whom he saves from a helicopter that crashes from a rooftop where it must have fallen – and he shows clear signs of severe trauma. In 2021, it is an interesting idea to see the slow-rolling catastrophe of a world-wide pandemic contrasted with the imagination of a sudden disaster – a disaster that is yet unexplained.

Then we return to the day before whatever event created this chaos. We are introduced to a sprawling cast of characters, some of which will be dead by the end of the episode (spoilers as to the target of the catastrophe: all the male characters, apart from Yorick). We find out that Yorick, fittingly, bills himself as an “escape artist” (a fine title for The Last Man, although the reveal of his general aimlessness in life and disastrous choices turn the titular Y into the question it spells out). He is a tutor of  magic slowly working towards creating his own show. His girlfriend, whom he is intending to propose to, is a school teacher and about to move to Australia, all things that set off alarm bells in everyone else’s head as to how successful his proposal will be, but not at all in his. After not managing to escape up-side down from a straitjacket in front of his soon-to-be-ex tutee, we next see him meeting his sister Hero (who turns out equally disastrous, they are the disaster siblings) in the middle of her alcoholics anonymous meeting. They are both named after Shakespeare characters that ask the question of why anyone would name their children after them (a dead jester and a suffering woman). Hero, on the surface, appears to be the more successful of the two, AA or not, since she is an EMT, but it soon turns out that she is having an affair with her partner, who lies to her about having told his wife, and happens to die a few hours before all the other men on earth when their argument turns violent. Conveniently, before they are discovered, the world ends, so all that remains are (additional) emotional scars. Olivia Thirlby is fantastic so far, and also one of the main reasons why I’m watching this show, and I can’t wait to see if Hero turns out to be exceptionally capable in this post-apocalypse or not.

This first episode is almost like a ranking in terms of how well we’d guess that the characters would fare in the world that will soon begin. On that ranking, Agent 355 (a stunning Ashley Romans, who was also great in NOS4A2) would definitely come out on top, since we first meet her building a bomb for some radical right-wing nationalist, and then setting it up so they all blow themselves up with it. Agent 355 appears supremely well-placed to do very well in the post-apocalypse, but when the event itself happens, she is on an undercover mission in the Secret Service, tasked to protect the (right-wing – the show very much reflects the political climate of now, but under the previous presidency) president from what her employer terms a “credible threat”. She ends up not being able to do much about him bleeding out once the virus/mysterious cause of all of this hits. 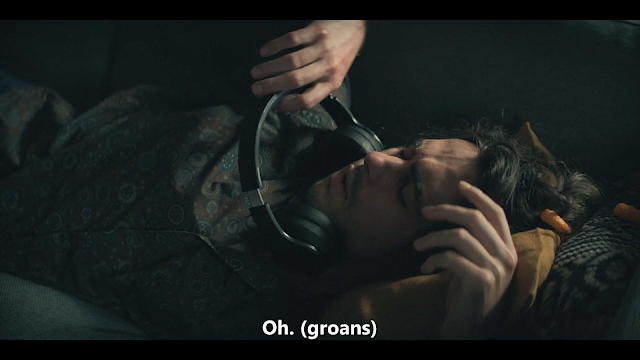 Because the second half of the show takes place in Washington DC, through the eyes of Hero and Yorick’s mother, congresswoman Jennifer Brown (Diane Lane!), we get a good sense early on of how dramatic the impact of only men dying would be, because most of these scenes are utterly dominated by men. The congresswoman is fresh off indirectly calling the President (a President who will ultimately be inconsequential, because man-plague) a misogynist, and threatens to come for him in 2.5 years, but then the critical moment comes way earlier when she is in a national security briefing that turns into a blood-soaked horror-show. Whatever is causing this, it isn’t slow, and it isn’t quiet – it takes less than a minute for every single man (apart from Yorick, who sleeps through it after unsuccessfully proposing to his girlfriend) to die, and to leave Congresswoman Brown as the senior person in the room, now tasked with looking after the horrified women in the room with her. It’s clear early on that this will be a trajectory towards power, considering how calm and collected she reacts.

The episode sets up the concept of the show perfectly, portraying  a whole bunch of heterosexual relationships that are cruelly torn apart by death at the end of the episode, leaving only the women and Yorick standing. Some of the characters aren’t fleshed out yet – the aides to the Congresswoman and to the former President lose much and I wonder how they will fare, and the same goes for the daughter of the president (Amber Tamblyn, stepping into very unexpected territory), who has just written a book about Cancel Culture just in time for the ultimate misogyny cancellation event (but my guess is that misogyny will still make its way into this world, and if anything the great New Zealand show Creamerie has just portrayed a post-men world that is still a hellhole for all but privileged white women).

It’s hard to go into this show without being aware of the general premise, but I think the various dead animals strewn throughout the set-up (most traumatising, a dog) do a good job of building suspense, especially the swarm of rats.

I’m guessing the weird scene in which the President makes his aide shoot a gun, which she does very reluctantly, as if also processing past trauma, is a good hint that a lot of these women will soon be wielding guns for survival.

I like the set-up of the disaster siblings against their extremely capable mother elsewhere, and also the fact that Yorick just happens to have a capuchin monkey somehow. I guess he truly is the ultimate escape artist.