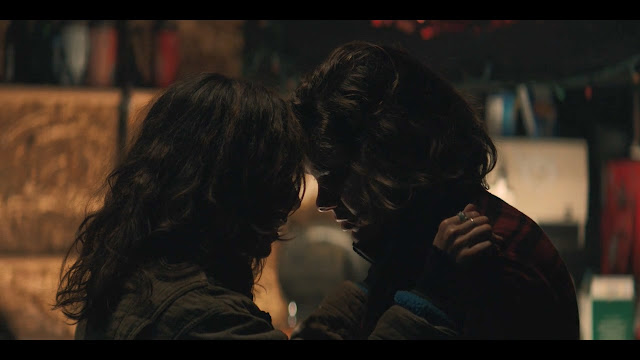 In these days after the disaster, the world is grappling with sheer survival. Chaos is everywhere, and Congresswoman Brown, the highest-ranking person in the White House, assumes the role of President without much debate, after staff in the room go down the Presidential succession order and find no viable candidates. The most pressing issue is right at the gates of the White House, where violent protesters demand answers and spin conspiracy theories about what happened, but Brown is also concerned about the situation in New York City, where the effect of millions of dead bodies are beginning to threaten the health of its remaining inhabitants. She orders the evacuation whoever remains – knowing fully-well that her daughter Hero, who has not been in contact with her, could still be there, or could be dead. 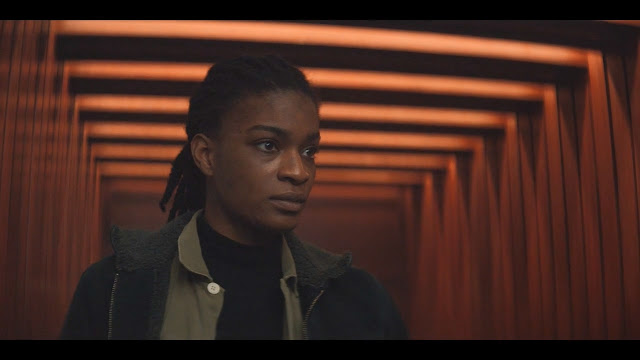 This coincides with the endlessly capable Agent 355 finding herself, for the first time, without a clear mission or person in command. She attempts to contact her agency, but receives no answer, and then proceeds to extrapolate from her previous posting – protecting the President, who is now Jennifer Brown. She swears her fealty to her, expecting perhaps important, world-changing tasks befitting her supreme and impressive skill-set. Instead, Brown sends her off to New York to find Hero, because being a pragmatist (or perhaps being whatever it is that makes Hero want to not be near her, and fear for her sobriety when she is close to), she feels like can’t spare anymore resources. There is a great scene later in this episode, when the former President’s wife Marla, who haunts the White House like a drunken ghost, speaks to Jennifer about their children, and tells her that she would have sent the whole army to search for hers. After the clear political differences between the two in the first episode, the interaction makes it clear that there is a much deeper rift here, that Marla sees nothing she recognises in this woman but maybe correctly diagnoses that Jennifer saw much she feared about herself in her daughter Hero. 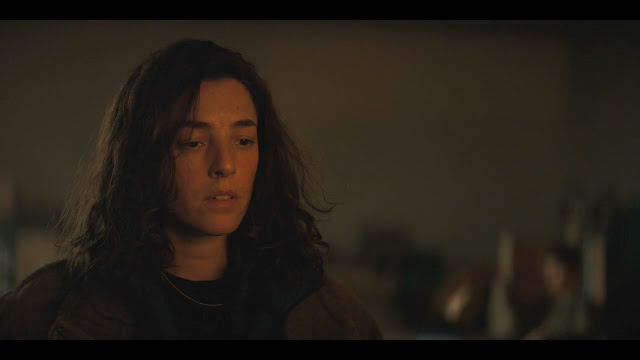 Talking about Hero, she is still in New York City, in a government centre that compiles information about dead loved ones. She is maybe looking for Yorick (who is definitely not looking for her), maybe assuaging her guilt over killing her partner, especially when we see that the other person she keeps bumping into her is her partner’s wife and his baby daughter. They are all stuck by their grief, by not knowing, Hero by her guilt, the wife by her grief for someone whose body she has not seen, whose fate she cannot be certain about. Hero also hangs out with friends she made at the AA meeting, a group of trans men who are planning to hike to Vermont to escape a city that is threatened by starvation and lack of drinking water, who ask her to join them, or else at least contact her mother, so that she can be safe there. Hero is hesitant for any kind of safety until she finds some sort of closure - -returning to the ambulance in which her partner’s body is decomposing, and taking his ID out of his wallet to give to his wife, to make it possible for her to leave. In the process, the wife realises that Hero is the woman her husband had an affair with, but instead of anger, she reacts with what almost seems like relief, for having confirmation that she wasn’t going crazy. Hero, who appears to believe that she deserves nothing good at all, finds that her friend Sam stayed behind with her instead of leaving with his friends, and in what is the best scene in this episode, he shares with her how difficult his life has become now that he has to explain his existence constantly to strangers, how precarious his life feels with the anonymity and safety that he used to feel in New York City utterly removed (and with his friends having taken all of the remaining testosterone). He asks her again to seek out her mother, because “He just wants her to find her mom, to suck it up. I don’t care what she did or didn’t do to you 100 years ago when the world was different. “ We have yet to find out what Jennifer did to Hero exactly, but it would be safe to assume it has something to do with her unwillingness to have a drink with Marla and the fact that her daughter is an alcoholic about whose behaviour her political rivals have spoken in great detail.

I think it befits the impression that we have of Agent 355 that she equally fails in her mission to retrieve Hero and yet accomplishes a task that should be utterly impossible in this post-catastrophe world: instead of a lost daughter, she returns a lost son to the President. We don’t know much about her yet except that her personal effects were sparse and that her main reaction to the crisis unfolding was suddenly being without a mission, and having to make her own choices and decision about how to proceed.

Yorick’s way home to his mother is complicated and scarring – he hides out in the apartment for as long as he can, until he and his monkey Ampersand are down to his last Snicker bar, and then he leaves only to lose Ampersand in the chaotic city, ending up diving through the poisonous water in the New York subway tunnels and then naked in a dry-cleaner at the mercy of strangers who do not comprehend his existence, but consider how it could benefit them, before they show mercy. Nothing could make it clearer to Yorick that he is in utter danger here – a scientific mystery with no people around him – but he is still haunted by his break-up with Beth, and is looking for her instead of Hero or his mother. He is found, in the end, holed up in the apartment again, where he would have likely died by himself, and in an eerie moment at the end, Agent 355 takes the two soldiers who have flown them all back to DC away with her, presumably to ensure that they can’t spill the greatest secret of all – that the newly-made President of the United States has miraculously not lost her only son.

There are other stories with the same premise as this one, most recently, Creamerie and Lauren Beukes’ Afterland, but I think this is the first time that I have seen the existence of trans people acknowledged. I hope we will get to see more of Sam, who appears to be Hero’s only friend in the world. It's also a pretty gut-wrenching moment when Hero talks to her friends about what they are going to do, and finds out that the only way for them to survive that they could have thought of was going to a transphobic relative in Vermont.

Nora, the ex-President’s aide, is turned down at the gates of the White House, fruitlessly insisting that she is needed inside but told by the guard that if she were important, someone would have looked for her. An indication of how brutal this world is already becoming, only a few weeks after the event.

The President’s daughter brings a different concern to Jennifer – a cryogenic bank in New York – and Jennifer, who is now dealing with infrastructure issues everywhere, confirms that the contents of sperm banks have been secured, just not that particular one that Kimberly is concerned about.

Agent 355 explains to Jennifer that she works for covert task force called Culper Ring that answers only to the President, and that she does not know if the mission she went to DC for was connected to the catastrophe, or if it was just a coincidence. She also retrieves an envelope from the hidden field office that has the words “NOT YET” written on it, and a Massachusetts address inside. Ominous.