Y: The Last Man – I thought that I had more time. 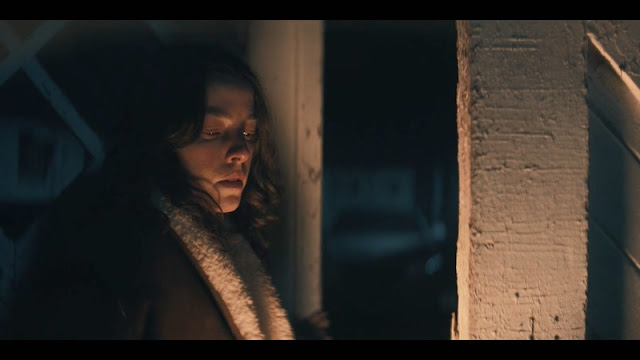 Sarah: From the day you were born, the whole world told you you’re the most important thing in it. You know you fuck around all you want, no consequences, a whole life of just being given shit. Like, I don’t know, the benefit of the fucking doubt? You walk into any room, you take it for granted. And now that you actually are the most important person in the room, you could give a shit, is that right?

It hasn’t been articulated yet directly, but the main reason why this “world without men”* is in such strive is, of course, because of patriarchy. This is why the literal folders of women that Jennifer and her staff have at the White House are so slim, why for each essential role they need to fill, the list of possible names is short, why the entire infrastructure of the world has fallen apart so completely, and so quickly. There were too few women in those roles because of structural reasons, and this is not a problem that can be fixed within the time that the world has. This is also why the horror of the Event happening in the Joint Chiefs of Staff meeting was so effective: for every woman in the room looking on in horror, many more men died on the spot. And patriarchy didn’t end on the spot either: it has its hooks in the remaining women, some of which are actively working to restore a world that they can recognise again, even if this discounts entirely the new situation civilisation is in.

The twist at the heart Y: The Last Man is that the sole survivor is not particularly worthy or adept. Yorick doesn’t want to be the sole hope of humanity, nor does he accept that others have taken great risks to protect him. Karen and Benji is a frustrating episode, but especially so whenever his inability to accept what is asked of him is contrasted with Sarah’s dedication to her role as his protector. They have landed in the woods a few days away from Boston because it would have been more dangerous to fly closely, and at each turn on their journey, Yorick’s selfish actions put both of them in severe danger. He wanders off, he escalates situations, he still lives in a fantasy world in which his great romance with Beth is the sole thing worthy to be pursued. In the woods, as Sarah washes his clothes (how ironic is it that she does), she hears noises in the distance and finds that their tents are being looted by strangers – and she enters the situation confidently, knowing that she won’t need violence to get rid of the interlopers. But Yorick decides to storm on the scene, wearing his gas mask, narrowly avoiding disaster. Later, when they are at a market, he stupidly wanders off when he thinks he sees Beth and almost gets killed by the self-declared police, who all see his face and don’t buy for a second when he tries to pass as trans. He later blames Sarah for resorting to violence because he is shook by the realisation that she disposed of the pilots, but the truth is that Sarah only reluctantly and very effectively uses violence when she absolutely has to – her approach is to de-escalate situations with her presence, making it felt that it is a bad idea to attack her (which it obviously is).

It’s endlessly frustrating for Sarah to be stuck with someone like Yorick, as the two of them couldn’t be any more different. It’s also definitely not the first time ever that she has come up against sheer male incompetence (after all, in the first episode, we saw her use that incompetence for her own goals), which doesn’t make it any easier on her. Yorick meets every cliché of a useless bin possum, and it’s only due to Ben Schnetzer’s acting that there is a trace of humanity somewhere underneath the unquestioned entitlement – the final scene between them, when he grudgingly steeps to entertain her with card tricks and genuinely surprises her when he pulls it off, in spite of her awareness, works – but to think that this is the only hope humanity has left is deeply unsettling.

It didn’t take long in The Day Before to realise that Hero is similar to her brother in many ways. She appears more useful at least on the surface, and has real-world skills that come in handy in this episode, when she patches up Nora’s daughter Mackenzie and later one of the women from the shelter, but deep down, she is just as selfish as he is. There is a profound insecurity at the centre of both their identities, and it costs the people that love them and are now stuck with them dearly. Hero is travelling by foot to Washington, D.C. with Sam, who has already given up so much for her, and she is clearly stalling their journey to buy them more time. They find an abandoned house and settle down for the night, but they also find a functioning car in a horse stable that Sam insists would get them to their destination quickly, and safely. It’s off-screen but clear that Hero, during the night, sabotages the car, accepting not just that she is smashing Sam’s hopes to get help before his supply of testosterone runs out (they mention having visited several pharmacies, which have all been looted), but also prolonging an inherently dangerous journey in a world that is running out of essential resources. It’s a selfish, horrible move, driven solely by the fact that she fears her mother so much. And we don’t even really know yet what Jennifer did to her. She does tell Sam that she was with her partner when the event happened, coming close to admitting she killed him but then pulling back, and she reveals that her mother knew about the affair and judged Hero for it, maybe more so because her own husband was cheating on her. But does this explain why Hero would risk both their lives just because she can’t get over her alienation?

Later, after they find the injured Mackenzie in a raided store, Hero suggests that they stick together – another ploy that has little to do with her empathy for the girl or her clearly lost mother, but with being able to prolong the journey, perhaps endlessly. Sam is reluctant but doesn’t have much choice in the matter. In a complicated scene, they almost hook up before Sam pulls back – complicated because Hero has a difficult relationship with intimacy, and is maybe trying to distract Sam, or find a different way to bind him for her, but at the same time, I do think that their friendship and closeness is genuine, if very very bad for Sam – but then the owners of the house return, and the true horror of every single decision Hero has made to get them there is revealed.

Nora told them earlier that the house used to be a shelter for women, and Sam has consistently been freaked out by the absence of dead bodies. The women return on horseback, immediately overpowering the four of them while spewing transphobia at Sam. He knows he is in severe danger, and the only reason they don’t kill them on the spot is because Nora lies and claims that Hero is doctor, and the women need someone to patch up their friend who has been shot. It’s a tense scene in which it’s clear that Nora doesn’t have the qualifications to keep the woman alive, while the return of their leader is looming. Roxanne (Missi Pyle) is scary in a similar way to Sarah – imposing, violent – but also an unknown entity who makes it clear how far she will go immediately, when she shoots her injured friend. I expected this situation to turn bad more quickly, but instead she offers to take all four of them in – but Sam knows that he won’t be safe there, and they don’t have much choice in the matter. Hero realises that they have stockpiled resources in a warehouse, which doesn’t bode well at all.

I’m still not sure why the previous episode was titled Neil, but this one is the aliases Hero gives Nora, who reveals at the end that she knows exactly who she is, and that she shouldn’t tell these women that she is the president’s daughter. THESE PEOPLE ARE FREAKING SCARY, and anti-government.

Two things I missed in the last episode: Sarah is taking Yorick to Boston, and of course the address she found in the first episode was in Massachusetts (not a coincidence then that she choose that particular geneticist?). And the bombs were likely hidden in the medal-cases she gave the pilots. She is, after all, an excellent bomb builder.

This show makes me want to rewatch Jericho to see how it would hold up. Some of the big power play seems to be going that way.

From what other reviewers mention I gather that I should give the original comic a miss, but it would be interesting to see how the difference between the post-9/11 years and the post-Trump years plays out. This is definitely a world that has the same levels of radicalisation and division as ours does, and the recently departed President used all of that for his own gain, leaving chaos behind.