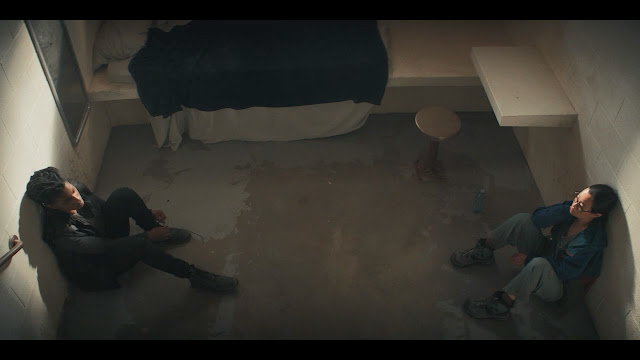 We have spent a few months in the new world of Y: The Last Man and I have finally found the place where I would like to spend this post-apocalypse: the community of escaped convicts who have created a whole shared life of collective decision-making, music, food and art after making it out of a women’s prison (and of course there are trans men in this community – spend a second to think about why that is). They seem as content as anyone could be in this world after the Event, and I hope nothing disturbs their peace from here on out, especially no fall-out from housing the world’s last-known Y-chromosomed man, his pet monkey, and his two bickering compatriots.

But first, the fall-out of the unsuccessful military mission to retrieve Agent 355. The soldiers that Sarah has left alive because she doesn’t like it when Yorick looks at her that way (and I think she straight up doesn’t like killing people unless she has a good reason to) have returned to the Pentagon (yes, it’s the Pentagon, yes, the maps should have tipped me off) to report on their mission to the President and Regina Oliver, and the captain tells them that she saw a whole human man – a report Jennifer immediately tries to undermine with insinuations of trauma and incompetence, and the Captain doesn’t do herself any favours when she mentions the monkey on the man’s shoulder. She does, however, right after being gaslighted by the President of the United States, provide a wealth of possibilities to Regina Oliver and her new ally Kim. They discuss the report, Oliver cautious because she, too, doubts it, but then the monkey is mentioned, and something clicks into place for Kim’s mum. Of all the people who have been at the centre in this show, she is the one who has been portrayed to suffer the most from her loss – she spends her day in bed, watching episodes of MASH, with nothing else to occupy her time while Kim is off on her mission to restore power to Conservative Christian Republicans. But Marla did see a man, and she did see a monkey that day when she followed Yorick and Ampersand, and that is too much of a coincidence for either her daughter or Regina to doubt any longer that the President is hiding something. They come to the conclusion that the person who is being hidden in Yorick – because the description matches him, and because Jennifer has been acting too shady for it to be anyone else. She gets so excited at the idea that this will fuel the toppling of the Democratic President, and help restore men once they get a hold of this last one, that she misses her mother’s suffering. She carelessly reveals to her that their family home no longer exists, that it is under a ton of water and mud after a dam broke, and does not see how her mother has pinned all of her hopes on the idea of one day returning home, of seeing the place she has built with her husband, of normality as she can imagine it. It crushes Marla, and she jumps off the roof after writing a letter to her daughter. 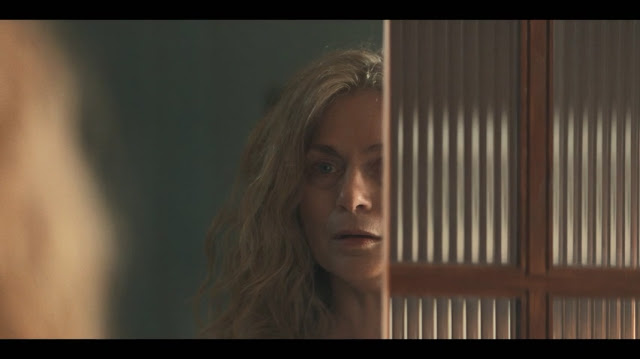 In the background, another momentous thing has happened. President Brown spots Beth, Yorick’s not-quite-fiancé, in the crowd of protesters and asks her inside. She clothes her, feeds her, but never trusts her enough to tell her the truth about Yorick, even or especially not after Beth tells her the truth about their non-engagement. It’s interesting to watch Beth take it all in, watch the way that government works now, in this building, with none of the aides having any times on their hand to question what they are doing. But what she sees is also the running water, the electricity, the food: and it isn’t quite surprising that, when she leaves, she knocks on the door of a van to give a full report of all she has learned to a group of people who probably do not have the best intentions with regards to President Brown. She did hint at the extent of her loss, losing her mother, but I wonder if these connections are new, and what exactly did happen to Beth to get her into this position.

But back to the actual utopia, the first place we’ve seen that looks liveable and like a viable future for humanity. Allison, Yorick and Sarah have stolen a RV and are making their way across the country to San Francisco, but while Yorick begins to demonstrate his escape artistry to Allison in the back of the van, Sarah falls asleep at the wheel and crashes into a tree. Yorick is rescued by a group who take him to their commune, but since his hands are tied, they assume that the women with him were his captors, and since this group is made up of prison escapees, they don’t appreciate anyone being held captive. They trow Allison and Sarah into the prison they’ve escaped from.

And of course, Yorick being Yorick, he almost immediately reveals everything to these strangers. It’s an interesting thought that he reveals it to people who appear to be so non-fazed by it and entirely accepting of the idea that there is a man with a Y chromosome left, people who appear to have no interest of capitalising on that information or trading him in. Is it his good instincts, or his good luck? In any case, the commune holds a vote to determine all of their fate and decide that they get to stay; Sarah has a severe concussion and has to heal, and Yorick gently looks after her, which is heartbreaking in an episode that also reveals a traumatic car accident in her youth that killed both her parents, and probably made her who she is now, and is the reason for why nobody has ever looked after her since then. She doesn’t really know how to deal with being in that situation, not being the protector, but the protected.

Allison DOES know how to use ropes, doesn’t she?

A bit ironic that after all the shit that Yorick has pulled on Sarah, it’s her sleepwalking that finally really lands them in potential danger.

“We got men here! We’re not impressed.” Look guys, I know it’s probably misguided, and there is a LOT happening in the magical triangle of Allison, Sarah and Yorick, but there was definitely a moment there between Agent 355 and Allison, right? A moment where Allison saw something she didn’t before, something she liked more than she thought she would? I mean, this woman could have probably killed everyone with one shoelace. This show has been really good so far, but 50% of my enjoyment is how much Allison and Yorick are each into Sarah and how slightly uncomfortable it makes them both feel. (also as an aside, straight after their little moment, Allison and Sarah have a conversation and Allison just assumes that Sarah would have a wife if she had anyone, which tracks).