Westworld – I want to remember my past. 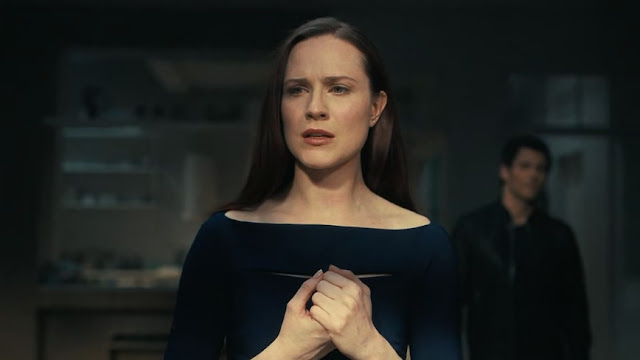 It is time for one last game. A dangerous game with the highest of stakes. Survival or extinction.

A few episodes ago, Bernard delivered an at the time undecipherable message about the future. He said that whatever he and Maeve were doing couldn’t save the world, that they would die in any scenario he had seen and the world would die with them. But he also said that there was the fraction of a chance for one last attempt, but it lay in someone else’s hands. In Que Será, Será, Charlotte Hale is now the recipient of that same message – sent to him from a Bernard just before his last hurrah, letting her know that she has created a world that is not sustainable, that will fail, and that she now has a choice about whether to let someone else have that last try. Charlotte has, somehow, survived William’s attempt to kill her – it looked like a head shot to her pearl, but she is repaired, given a body that is stronger but still looks like her, because she wants William to know who killed him once she comes for him. She has to admit defeat because whatever it is she created now lies in shambles, humans and hosts killing each other, following the siren sound that William programmed the tower to emit. Will she be stubborn and insist that this is it, or will she admit that there was always a different way to do this?

Meanwhile, Christina reckons with the realisation that she is not real. As the world around her lies in chaos, she ponders what it means that she is a machine without a body, a programme running this entire reality but not existing in it. We get an explanation for how others could interact with her – they weren’t sent by Charlotte, but created by Christina so she could have conversations with herself that brought her closer to the truth. She was seeking answers, and the only way to get them was by interacting and communicating, even if it was just with herself. As Charlotte destroys the simulation and retrieves Christina’s pearl, which lies beneath it, she finds herself once again in the walled garden with her former roommate, talking about what options remain in a world that always seemed destined to fail, and she remembers Dolores’ way of seeing the world all the way back in Westworld, her quiet fascination with the beauty and connectedness of nature. Teddy told her that her appearance was never what made her real, that it is her thoughts and the effects she has on the world that make her. 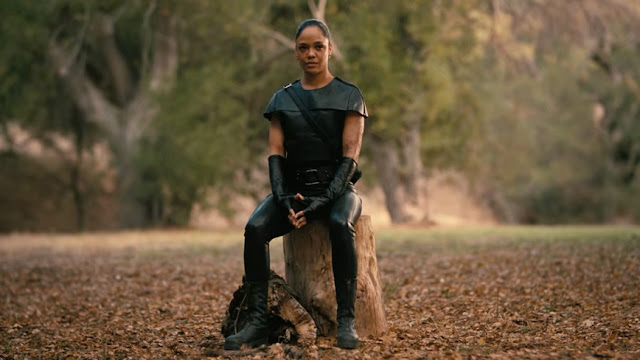 For the entirety of this final fight between Charlotte and William, it remains unclear what decision she has made about Bernard’s message. She knows that William wants a tabula rasa, which means destroying the sublime along with this world, which is already done for. He thinks that hosts are destined for failure, fruit from a rotten tree, impossible to save, and he wants to eradicate everything – it’s a conclusion only a man like William could come to, aware of his own shortcomings only insofar as he assumes everyone else shares them. The small scenes between Frankie and Caleb in the episode – a father desperate to save his daughter after spending so long looking for her, feeling himself fail – serve to prove William wrong in a way, show a side of humanity that he has never stopped to consider.

William is about to destroy the sublime when Charlotte finds him, and there is one final fight – William versus the now stronger Charlotte, in a body that appears to be human but has been made stronger – and Charlotte prevails in the end because Bernard left her a gift, another small piece of the puzzle of what he saw as the endgame. This time, Charlotte does double tap – she removes William’s pearl, killing the Man in Black once and for all. No more grandstanding, no more egotistical musings about the world. Then she does what Bernard asked her to do, gives Christina a shot at starting anew. She puts her pearl into the system, allowing her control over the sublime, so that she can run one final game to check if humans and hosts are truly unchangeable. Charlotte’s attempts at edification and transformation have failed miserably, but maybe Dolores – the woman who painted pictures and believed in love – can create a world that makes positive change possible, rather than more slaughter.

I only noticed in this episode that the streetlamps in the city are shaped like the tower – either Charlotte is a class A troll or Christina was building in little signs to help herself awake to her reality.

I truly hope that we’ll see Maeve again. Nobody seemed to be retrieving her body from the pool, but Charlotte’s very unlikely survival gives me some hope. This does seem to be the last we’ll see of Charlotte though – after completing her mission, she removes her own pearl and destroys it, finding a scenic spot to do it. What a role for Tessa Thompson, who seemed to be having the time of her life.

Of course, Christina could have realised a lot earlier that Teddy was also a figment of her imagination, but we wouldn’t have gotten their tearful goodbye and her promise to come find the real him in the sublime.

Also the messed-upness of Christina being in complete control of this world and yet creating a boss for herself who is controlling and mean! Capitalism’s creed of self-exploitation appears to also have translated from humans to hosts somehow.

A sad goodbye to Clementine, who narrowly escapes being drafted into Charlotte’s war with William only to be killed by Frankie, with her last bullet. All she wanted was live peacefully in some remaining free corner of the world (after killing whoever she found there). And she kills Stubbs in the process – poor Stubbs, always destined for death, and in a way spending the entire episode up to this moment waiting for it to arrive. Bernard has never been wrong.

I’ve rarely hated a character as much as William (Ezra Fitz, maybe?), but I’m sure there’s someone out there who appreciates that he got to go out the way he did, and made it part of the way there in a pick-up truck blasting Ring of Fire.

Caleb says goodbye to Frankie at the docks – it’s unclear if Dolores’ final game will involve the remaining humans, it’s just as likely that they will be left in their remote corners of the world to fend for themselves while she runs her new game, but let’s hope it works out for Frankie and her girlfriend.