Station Eleven – I won’t ever let it happen again. 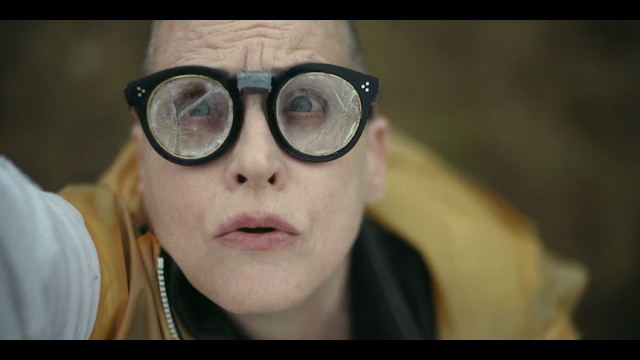 Kirsten and the Prophet are bound to each other not just by their relationship with the late Arthur, but by the same story, the comic book given to each of them when they were children, but what Survival is Insufficient reveals, when the two of them sit around a bonfire and discuss the book, is that a piece of art has infinite interpretations. Kirsten tells the man she has stabbed, who has asked her to join the Children of the Undersea to retrieve something of his from the Tower of the Museum of Civilization, that the character of Station Eleven is in fact the leader of the Children of the Undersea, trapped in a time loop. Considering that a monologue from that book serves as an entry pass for the Children, it seems monumental that Kirsten understands the story better than the Prophet does (there is no past because of the time loop, Doctor Eleven will forever know, and save himself, they have the same memories).

Or maybe it is just a different interpretation, one of many possible ones – Miranda is, after all, no longer alive to share her own. It’s a fitting question to ask as events unfold, as we are given more perspectives to see them from. For example: after the disaster at Pingtree, the man from the Museum of Civilization extends a third invitation to the actors, telling them that the musicians have already travelled there – and a grief-stricken, grieving and now blind (her glasses broke during her performance) Conductor agrees to go somewhere that promises safety. At the same time, Kirsten, who was chasing Alex (who was safe the whole time), has followed the Children, past a morbid graveyard of the Symphony’s names, into the woods, where she is taken by the Children to the Prophet. They do not have to knock her out because she knows the words, and they ask her to help him, because he hasn’t left his hide-out since she stabbed him. She brings him the medicine they collected, but also attacks him straight away – but he tells her that the attack on Pingtree wasn’t his fault, that some of the children went rogue while he was injured, making the story their own, spinning it off into something he did not intend. And he warns her about the Museum of Civilization, tells her that her friends, her family, are in danger from a place that has long turned evil. She agrees to come with him, to gain him entrance there. 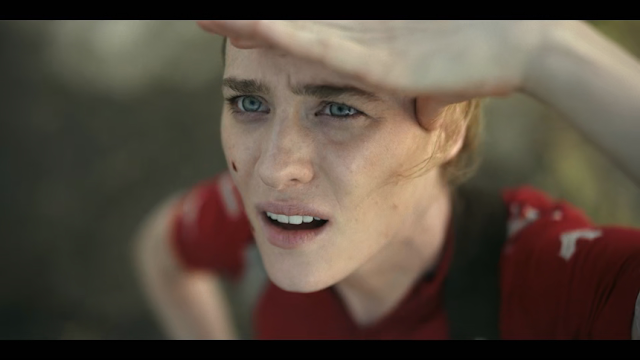 The past plays into the presence here – right when we begin, in the aftermath of the bomb, when Kirsten, traumatised by seeing Gil’s death, desperately tries to find Alex. She lost her once before, when she had just joined the Symphony and got distracted by Station Eleven – Alex, a baby then, somehow got away from her. She promised to never allow that to happen again, and hid the book in Pingtree. Time is a circle of sorts (opening the question of whether Kirsten isn’t something of a Doctor Eleven herself), and once she laid hands on Station Eleven again, she lost Alex.

So the question is, do we believe the Prophet, who we know to be Arthur’s son, do we believe that what Elizabeth, Miles and Clark created at the airport turned into an abomination, too much power concentrated in a group of people that wasn’t entirely stable, and always driven by trauma and pain? He tells a story about his father, throughout his marriage to Miranda, believing her to not speak Spanish,  talking about her not loving him enough, only to find out that he never bothered to even find out that she could understand every word. It is easy to assume that his marriage to Elizabeth was similarly fraught with selfishness. What kind of scars would that have left? And same with Clark, who made it clear how much he resented that Arthur was well-liked in spite of his short-comings, that Arthur made a great career even though he was a middling actor, with none of Clark’s own gravitas. Is the Prophet right?

The actors arrive at the airport, astounded that everything still works as it did before. They reunite with the musicians. But Sarah, who had drunk herself into a stupor, who had lost her sight, collapses – and Sayid’s calls for help appear to be to no avail.

And the Children, on their way to the airport, are attacked by the Red Bandanas, a group of fanatics that have haunted the story this whole time – in the flashback to Kirsten as a child, she tells Gil that they have only every chased her, or she killed them. She does her best to defend herself and the others, but there are so many of them that it is hard to see how she will get out of this. I should have mentioned that there is a lot in ambiguity in how the actors decide to finally accept the third invitation – Sarah appears to have given up on the wheel and want safety, but Brian has also brought people with guns, in case they wouldn’t come quietly. So Tyler probably has a point about them.

One of the older children appears to see in Kirsten an opportunity, and he seems to be less caught up in the stories than the other kids, for example telling her that the children like reality to be explained to them in terms of the prophecy. Unfortunately, he is also the first victim of the Red Bandanas once they attack. Also, early in the attack, Kirsten throws Tyler down a ravine, probably incidentally saving his life (but maybe just because he has previously threatened that his death would mean the end of the Symphony, that he has supporters all over).

I’m not sure what is happening to Sarah – if she was poisoned, or is having other medical issues – it could be that the alcohol she was drinking was bad (the blindness, beyond not having glasses).

What did Tyler leave in the Tower?

Also, the Prophet tells Kirsten how he came to know the prophecy, confirming once and for all that he is Tyler, but Kirsten never tells him.

This is the first time we see all of Kirsten’s knives join the action, and how well she can handle them. And what a spooky delivery there by child Kirsten to Gil – the things she would have had to do to survive.