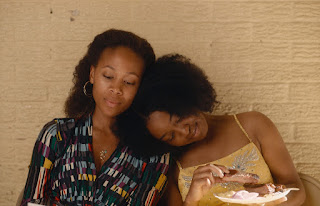 There is so much heartbreak in Miss Juneteenth and in Minari, but they are both portrays of the United States, of what it means to chase a dream with limited resources and always on the cusp of catastrophic failure. They are honest about what the American Dream is how it exists now means – that the promise of greatness co-exists with an almost entirely absent safety-net, that the fall can be devastatingly steep. In Channing Godfrey Peoples’ Miss Juneteenth, the only conceivable way for the black girls competing in the titular contest to go to college is to win this title. College is viewed as a way out of poverty but ironically, more or less unobtainable while in poverty, unless ridiculous amounts of debts are assumed or deus ex machinas such as this come to pass. Peoples portrays the hopes of a mother (a stunning Nicole Beharie), who herself won the contest but never profited from the fruits of that win, because of her pregnancy, for her daughter to repeat her win, and gain entrance into a historically black college and university of her choosing. Kai (Alexis Chikaeze, amazing in her first role) has no interest in competing in a contest that turns out to be all about respectability, and blending in seamlessly with white culture (in the 1950s – part of it is learning about which forks to use in a fancy restaurant). This is her mother’s dream, and one that comes at a high cost, as it takes money to even enter. Kai does not want to shape herself to either her mother’s dreams or the requirements of the gossipy women who look down on her and run the contest – instead, she dreams of being able to express her own creativity in the way she chooses to. 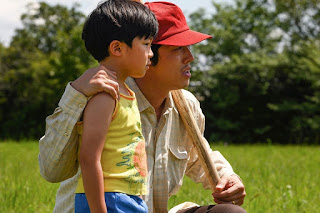 In Minari, a father’s (Steven Yeun) great American dream is to have his own farm and grow Korean produce in Alabama, and not to have to sort chicklets by gender until he dies. It’s a beautiful dream of fertile soil and hard work, the kind that the dream says should be rewarded greatly – but here it stumbles over the way that life sometimes can, without any substantive catastrophes (there are hints of racism, but nothing too explicit, and no violence). The well runs dry, the piped water is too expensive, his wife’s mother – an absolute character, a lively joy – suffers a devastating stroke. Minari isn’t so much a cautionary tale about focusing on the small happinesses, or the smaller things (like growing minari, which is easy and plentiful, instead of water-intensive plants on a large scale) as it is the portray of a family, seen mostly through the eyes of the young son, who is trying to understand his parents’ struggle while finding his own home (within his own struggling body – he suffers from a heart condition that limits his ability to play freely). This is a beautiful, substantial film, en par with great director Kelly Reichardt’s portrays of American lives.