No, you be careful. 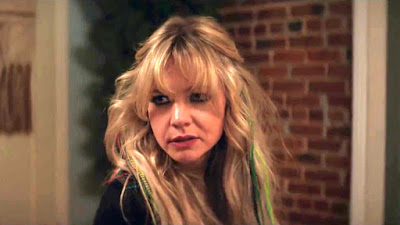 We rarely see films about women with singular dedications to one thing only, so intense and focused that every aspect of their life is tuned to just one goal. If we do, it’s the starting point of a story that usually ends in a message about widening, opening, considering the merit of losing that focus for the benefit of a more generally fulfilling life – one that usually involves a partner, or a family. Promising Young Woman is not that. It is not a film about dealing or overcoming trauma, of building a life after trauma, of integrating a cruel experience, and it doesn’t want to be any of those things. If it did, it couldn’t do any better than last year’s outstanding I May Destroy You, in which Michaela Coel’s character runs through many different options after reconstructing the night of her rape, and identifying her rapist. Promising Young Women does not tell its story from the perspective of the person who has been raped – it follows that person’s best friend after she has committed suicide.

Carey Mulligan’s Cassie has stripped her life down to the bare essentials. She has given up on a medical degree, she lives with her parents, she works in a coffee shop. Her singular purpose is going out at night to identify the kind of men that would take home women incapable of meaningful consent, to cause the kind of damage that has cost her best friend’s life. She does this with the expertise of someone who has perfected a skill – the outfits, the pretend drunkenness, the way she becomes what these men see as easy prey only to turn around on them, sober and vengeful, threatening what would happen if next time, the woman had a knife or a gun. She is like an angel of doom – someone who doesn’t at any stage commit violence herself, but sows the fear of the what-if, the predator’s deep fear of one day becoming prey. Carey Mulligan plays this perfectly – the moment of the switch, the tone and register of her voice, the fact that all of a sudden, the woman believed to be incapacitated becomes the one holding all the power in the moment (and I’d say that the fact that Promising Young Woman allows her to look her age helps as well – how often do we get to see actresses in their thirties not be made younger) . Two years ago, in the short series Collateral, she hit the same points of complete and unquestionable competence, of having perfected a particular skill-set utterly.

The closest comparison to the structure of this film is David Slade’s chamber play Hard Candy, a film even more eloquent in stripping away everything unnecessary to make its point. In it, Elliot Page plays a character that is perhaps a literal avenging angel, something that feels beyond the realm of reality, to come and haunt Patrick Wilson’s lauded photographer, and punish him for his transgressions.

There are things that speak against Promising Young Woman – perhaps, most of all, that the best friend who has inspired Cassie’s raison d'être is never seen, is already dead when the film picks up, is only heard once on a recorded video of her rape. The fact that Cassie, in the end, eloquently uses her own death to destroy the lives of the promising young men who never faced the consequences of that rape, which means that she herself is absent for the finale, demonstrating her ultimate power over those thriving on powerlessness through scheduled text messages. Promising Young Woman, like Cassie herself, is a film about vengeance, not one about overcoming trauma – it does not promise structural change, it is not interested in redemption. The structures appear unchangeable, as seen when Cassie revisits the university that her friend and her rapists attended and finds the dean (Connie Britton) unmoving, insisting it is more important to shelter the promising futures of young men who will become doctors than to reveal them to be rapists. Fittingly, the title as well as the words she uses feel as if they have been taken straight from the trial of Brock Turner. Also eloquently, it portrays these young men, whose future has been protected by these structures, as unchanged – because none of their actions have ever had consequences. In groups, they still behave as if in college. They are played by actors famed for nice guy roles, first and foremost Adam Brody (who has basically made a whole career out of that whole switch ever since The OC ended) in the first few minute establishing what Cassie does. The guy (Bo Burnham) the film for a minute presents as a genuine love interest for Cassie, someone who may tempt her out of her vengeance, definitely sees himself as a nice guy, turns ugly immediately when confronted with his past actions or the idea that they may have consequences. The title of the film presents its whole idea – that Cassie and her dead best friend had all of the same potential, all of the same great promising futures, but were never afforded the luxury that these privileged men have had, whose violence is excused as a youthful act that should not impede on the rest of their lives.

In all of that, and with the question in the air of what it means that Cassie dies for her purpose, is in fact killed by one of the men who have destroyed her friend – the film’s most powerful moment is when Cassie attempts to describe the richness of the life that he has destroyed, tries to find words to capture the character of the woman she loved and fails because it was a whole, full, irreplaceable life that he has taken. 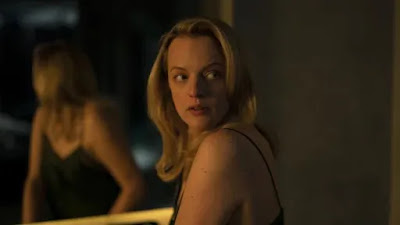 Leigh Whannell’s adaptation of H.G. Well’s The Invisible Man is a whole film about the shroud of untouchability and literal invisibility that the privilege of rich, while maleness affords, and what it means when that privilege is available to a psychopath who likes to control and manipulate women. It is a science-fiction film, in which a genius inventor happens to be an evil man, and uses his invention to try and destroy the life of a woman who has attempted to escape his grasp. The sci-fi aspect of the suit (a feat of optics, here, somehow) works mostly as a metaphor for the privilege that his position affords him anyway, where Cecilia (Elisabeth Moss, also finding a niche), after escaping his fortified mansion successfully, has to hide and seek shelter with a cop-friend of her sister’s instead of seeking help from the police or the law directly for constant and escalating abuse she has suffered. This happens way before the suit ever comes into play, it is just the ultimate step towards Adrian’s promise that she cannot escape him, that he can find her anywhere.

His supposed death, and an inheritance that comes with many relevant strings attached, only provide a short reprieve. Soon after, knives begin to move around, burners are turned high, hateful emails are written and sent in Cecilia’s name. Cecilia knows that Adrian is gaslighting (in one scene, literally) her, is making good on his promise, but she also realises very early on that any attempt on her part to explain this situation to anyone will make her appear mentally disturbed and frail. As through history, the idea of the hysterical woman is used to police and contain a woman who has a genuine grievance, and limited ability and resources to fight back – the fact that this is achieved through the technology of the suit is only a sidenote, as everything that happens to Cecilia appears to be a continuation of the abuse that she has suffered throughout her relationship with Adrian.

The film begins stronger than it ends, not really answering many questions about the practicalities of Adrian’s return to life or his brother’s role in his attempts to destroy Cecilia’s, but there are genuinely brilliant moments and ideas here, like about what happens when rapid advantages in technology coincide with systemic inequalities and society’s obsession with genius inventors.